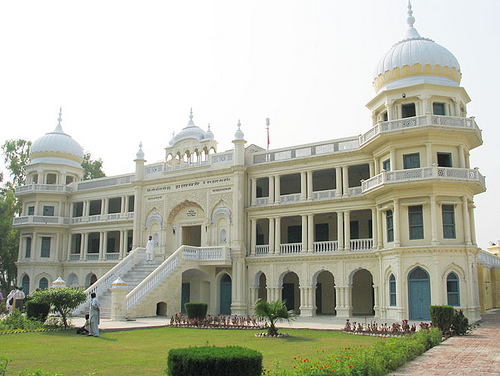 Breakfast at the hotel. Day excursion to Nankana Sahib to visit the birth place of Baba Guru Nanak Dev.

Nankana Sahib earlier known as Rai-Bhoi-di-Talwandi is a city in the Punjab province of Pakistan located about 80 kms south west of Lahore and about 75 kms east of Faisalabad. 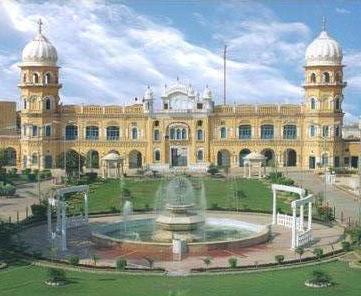 It is named after the first Guru of the Sikhs religion, Guru Nanak Dev was born here, and this place has high historical & religious value and is popular pilgrimage site for Sikhs around the world. It is also the capital of Nankana Sahib District & Tehsil. Earlier the town was known as Rai-Bhoi-di-Talwandi and was re-named as Nankana Sahib after the birth of Guru Nanak Dev. The Janam Asthan Gurdwara Nankana Sahib, in the beginning constructed in around 1600 A.D. was repaired in the year 1819–20 A.D. by Maharaja Jassa Singh Ramgarhia, The Sikh Conference of Punjab, Jammu and Kashmir, Peshawar, Kangra and Hazara regions. Narain Das a Hindu warden has been appointed at Nankana On February 20, 1921 by the British as ordered his men to fire on Akali activists. The firing was extensively condemned, and a demonstration was started until the control of this historic Janam Asthan Gurdwara was returned to the Sikhs. Again in the 1930s and 40’s the Sikhs added more buildings and more architectural design. The area around Nankana Sahib was formerly a Tehsil of Sheikhupura District. In May 2005, the provincial government decided to raise the status of Nankana Sahib to that of a district as a way to promote & develop the area.

Evening drive back to Lahore for overnight stay. (Or spend the night at Gurdwara). (Breakfast only). 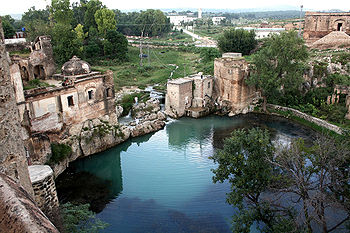 Katasraj Mandir is a Hindu Mandir located in Katas village in the district Chakwal in Punjab province of Pakistan. Devoted to Shiva, the holy place has existed from the time when the days of Mahabharata and the Pandava brothers spent an ample part of their exile at the site. Government of Pakistan considered & nominated the temple complex for World Heritage Site status. Most of the temples, located some 40 kms from Chakwal city in the Potohar region of northern Punjab, were built during the rule of Hindu kings. These temples were built around 900 years ago or more, although the first of Katasraj temples dates back to the later half of the 6th century A.D The Mandir was forsaken by local Hindus when they migrated to East Punjab in India during partition in 1947. Government of Pakistan has spent millions of Pak rupees to restore the temple complex in three phases. Arrival in Rawalpindi/Islamabad and transfer to the hotel.

Gurdwara Punja Sahib is located at Hassanabdal at a distance of 48 km from Rawalpindi one of the most holy places of Sikhism as of the existence of a rock assumed to have the hand print of Guru Nanak embossed on it. Twice a year, Sikhs visit this Gurdwara from around the world. Guru Nanak Dev Ji along with Bhai Mardana Ji reached Hassanabdal in Baisakh Samwat 1578 B.K. In the shade of a cool tree, Guru Nanak and Bhai Mardana started reciting Kirtan and their followers gathered around. 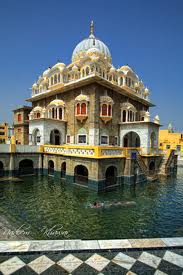 This irritated Wali Qandhari but he was helpless. This holy and venerated place was named Punja Sahib by Hari Singh Nalwa, the most renowned general of the Kingdom of the Sikhs. He is credited with having built the first Gurdwara at this place. During the British Raj in the Punjab management of Punja Sahib went in to the custody of Hindu hands, and later In 1920 Sardar Kartar Singh Virk of Jhabbar Village in Sheikhupura District along with Sikhs traveled to Punja Sahib and took the command of Punja Sahib from Hindu Mahant Mitha.

Afternoon sightseeing of Rawalpindi/Islamabad. Overnight at the hotel. (Breakfast only).

Samadhi of Ranjeet Singh is the mausoleum of the Sikh ruler Maharaja Ranjeet Singh. It is located near the Lahore Fort and Badshahi Mosque in Lahore. Construction was started by his son, Kharak Singh on the spot where he was burnt, and was completed by his youngest son, Duleep Singh in 1848. The tomb represents Sikh structural design, it is painted with gold fluted domes and cupolas and an ornate balustrade round the top. Ranjeet Singh’s remains are contained in a marble pot in the form of a lotus, protected under a marble pavilion inlaid with pietra dura, in the centre of the tomb. Two small memorials to the west of the main mausoleum to remember Ranjeet Singh’s son Maharaja Kharak Singh and grandson Naunihal Singh, and their wives.

Overnight in Lahore. (Breakfast only). 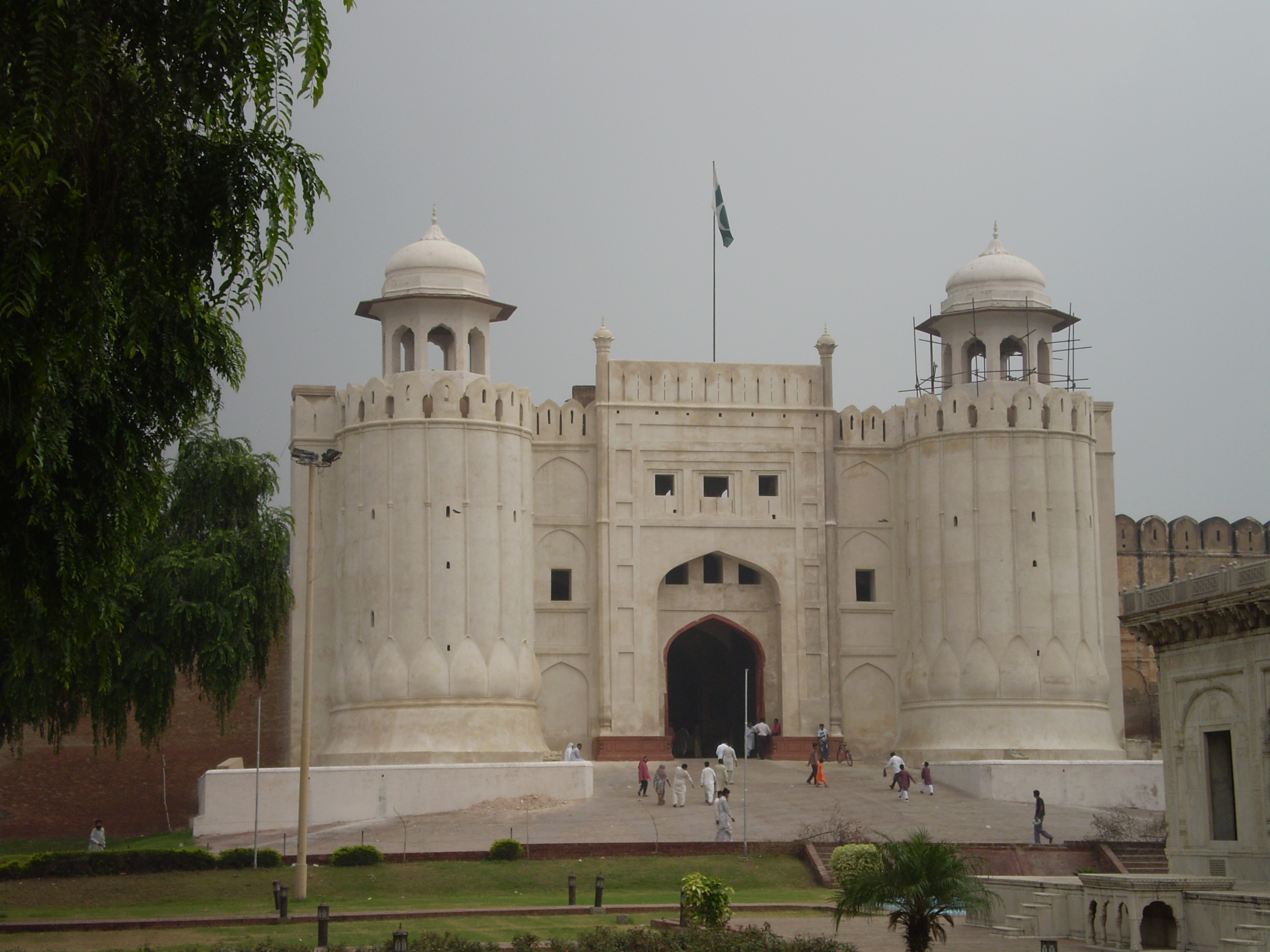