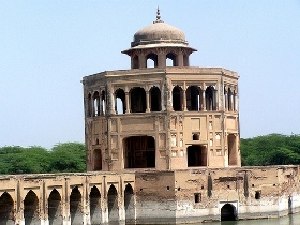 Early morning drive from Lahore to Sheikhupura and visit Hiran Minar, Baradari & Sheikhupura Fort. Sheikhupura previously Kot Dayal Das or Singhpuria or Virkgarh is an industrial city in the province of Punjab some extent northwest to Lahore Pakistan. It is famous for its historical places, and is generally famous locally as Qila Shaikhupura, for the reason that of the fort in the city, built by the Mughal Emperor Jahangir. The name Sheikhupura is derived from a nickname of Jahangir, who was known as Sheikhu by his father Akbar the Great. The city is the control center of Sheikhupura District and is approximately 35 kms away from Lahore. The original name of Virkgarh was renamed by Jahangir. The city was renamed Singhpuria in Sikh rule, and had a huge Sikh population prior to Partition in 1947, Gurudwaras are seen all the way through the city. The history of Virkgarh/Sheikhupura goes back to 100 BC. Past study has established the reality that Sangla or Sakala was once the capital of Punjab, and it was here that Alexander the Great of Macedonia (Sikandar e Azam) faught one of his most severe clashes. Its name is spoken of, firstly in the pages of Tuzk-e-Jahangiri as Jahangirpura, after the name of Prince Salim Nooruddin Muhammad Jahangir. The 4th Mughal emperor of India named Jahangir changed the name of the city from Virkgarh to Sheikhupura after converting the majority of the population to Islam. In 1607, Sheikhupura was constructed following an order of Jahangir. The father of Jahangir, Emperor Jalaluddin Mohammad Akbar use to call him Sheikhu (a nickname). In the period of Sikh rule the new city was named Singhpuria, formerly was known as Jahangirabad. Afternoon detailed visits drive back to Lahore. STUDY TOUR END