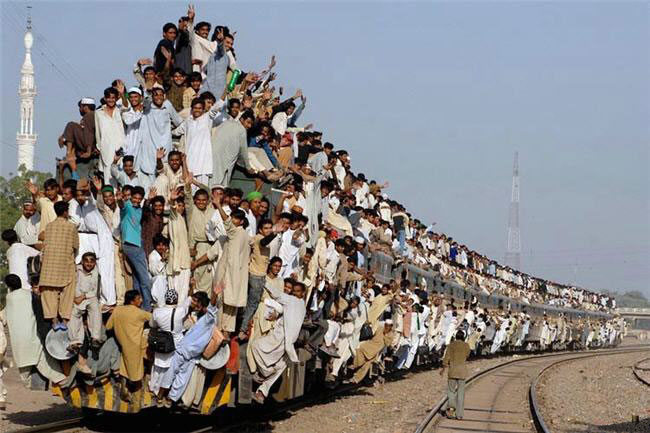 Pakistan appeared on the map of the world as a self-governing supreme state in 14th August, 1947, resulting separation from British India in the subcontinent. Many civilizations have left their impression hence carving it into a land, which is rich in scenery, different cultures and customs. The territory of Pakistan hint out its history as extreme back as 2500 B.C. starting from the Indus Valley Civilization (Harappa & Mohenjo-Daro). Civilization starts from Aryans (1500 B.C), the Persians (5th century B.C.), the Greeks in 327 A.D, the Arabs led by Muhammad Bin Qasim, the systematic invasion of the Indo-Pakistan by central Asian Muslims (10th century A.D.), British occupied for more than 100 years in 18th century. Finally Muslims took the first step led by Sir Syed Ahmed Khan and then by Quaid-e-Azam Muhammad Ali Jinnah who brought Pakistan on the world’s map on 14th August, 1947 as a self-governing state for the Muslims according to the inspirations envisioned by (the poet & Philosopher) Dr. Muhammad Iqbal. Mohenjo-Daro, Harappa, Taxila, Takh-e-Bhai are excavated sites are the symbol of the great old Indus Valley and Gandhara civilizations. The structural design of the Mughal monuments, the historical Khyber Pass entrance to South Asia or the ancient static traditions of the Kafir Kalash (Chitral Valley) presents a living reflections of ancient time and with an inherent love of mountains, Pakistan offers the only one of its kind enjoyment of its northern mountain ranges, the Himalayas, the Hindukush and the Karakorum a mountain wonder land across the world with such terrifying peaks as the K-2 (Godwin Austin), the Nanga Parbat (The killer Mountain), the Rakaposhi known as (Mother of Mist) and Tirchmir (Home of Fairies). A journey all the way through Pakistan is a personally meeting with people and attractive land that has survived immeasurable invasions & preserved the spirit of its defeaters in the shape of memorials, monuments, shrines and archaeological sites. Monuments, great mountains, rivers and deserts are over whelming in natural perception as its inheritance of the art & structural design is in human terms. Covering an area of more than 300,000 square miles surrounded by the Arabian Sea in south, India in the east, the Central Asian republics to the north through Wah Khan Corridor, China to the north east and by Iran & Afghanistan in the west. From scorching barren regions to glaciers, from rich forests to prolific plains, from great rivers and lakes to sea shore, Pakistan is a land of brilliant contrast and different cultural traditions.